Plunet 9 with more security and stability!

How Deutsche Bahn Made Its Translation Management Fit for the Future

Deutsche Bahn is one of the largest providers of mobility and logistics services in the world. The company's internal language department provides a wide range of language services for in-house customers, including translation, interpreting, proofreading, post-editing, and subtitling. 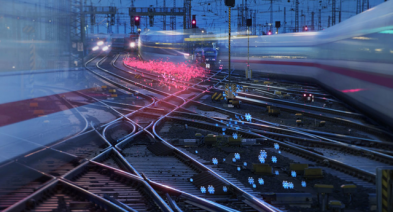 For years, the Deutsche Bahn language department had been using a proprietary tool for order management with only a few functionalities. When the tool was introduced in 2003, the focus was on electronic file management, which would replace the manila folders that had been used until then. The tool was robust and easy to use, but demanded a lot of manual time and effort.

A change to the operating environment in 2017 called everything into question: It quickly became clear that neither migration nor further development would pay off. This created an opportunity to use modern cloud-based systems. And the necessary change of tools meant that familiar working processes could also be fundamentally challenged. 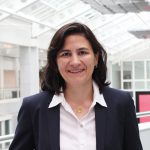 The proprietary tool offered limited functionalities, which were not compatible with many other systems. With new, agile workflows being used within the company, flexibility became increasingly important for the implementation of translation management processes.

The employees first needed to mentally break away from old processes and habits so that they could try out the new solutions with an open mind.

The translation industry is characterized by constant development and the need for innovation. To be able to react quickly and appropriately to future challenges, the language department had to lay the corresponding technological foundations.

The Deutsche Bahn language department was looking for a partner with the necessary expertise and flexibility to handle its translation management processes. The new system should support the order management and give the employees more freedom and responsibility to develop and optimize processes themselves. The Deutsch Bahn language department chose Plunet.
Three other reasons proved decisive:
• The consistent structure of the system
• The extensive customizability of the workflows
• The integration options with other solutions

We had great confidence that we could use Plunet’s workflow management system to create a new, optimal translation process for us as well.Tom WinterTerminologist and Language Engineer at Language Management, Deutsche Bahn AG 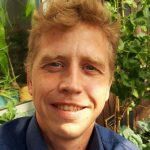 Transparency and a clear overview

With Plunet, the language department can track every step when planning and executing translation projects and maintain a good overview. This further encourages analytical thinking and methodical actions.

Working with Plunet makes it easier to detect potential obstacles, issues, and bottlenecks. This means that the right steps can be taken in good time to ensure a seamless project flow.

Thanks to the efficient order management and the integration of Plunet in company-wide invoicing processes, it was possible to save 30 percent of the time previously spent on such tasks. This time can now be effectively used in individual consultations and optimization of processes, which in turn create a higher level of customer satisfaction.

All market-relevant CAT tools and other IT solutions can be easily connected with the adaptable Plunet BusinessManager platform via interface integrations and the Plunet API. Switching back and forth between the individual applications is largely eliminated and the relevant data is kept up-to-date across all systems. The positive effects: A significant reduction in manual work, which saves a considerable amount of time and costs.

After two years of working with Plunet, not only the work processes have changed at the Deutsche Bahn language department, but also the future prospects. Armed with the modern and customizable technology, the language department plans to expand their usage of Plunet BusinessManager. Along with the dynamic memoQ integration, there are plans for integrations to financial accounting systems, the development of further interfaces, and a higher level of automation.

Plunet is giving us a huge chance: The advantages of a workflow management solution together with the necessary expertise for translation management. Without Plunet, our in-house customers would have lost their direct and easy access to the language management at the Deutsche Bahn.Annette KrausHead of Language Management, Deutsche Bahn AG

Learn more about our customers and their stories

Book your free demo of our Plunet translation managemenet software

We look forward to receiving your e-mail. We will get back to you shortly.

Get in touch with us.

Feel free to enter your contact information if you would like to request a live demo with a Plunet expert, get a streaming link to watch a demo on your own time, receive price information or set up a testing phase for Plunet BusinessManager.

Thank you for your request

We will get in touch with you within 24 hours.

The first step is to demonstrate our Plunet BusinessManager software to you in a webinar with no obligation to buy it. During this online demo, our experienced consultants will analyze your current processes and give you tips on how you can optimize your workflows.

After we have demonstrated Plunet BusinessManager and all the possible uses for your company, we will provide you with a free demo version of the software. We will be available to answer any questions you may have during your Plunet test phase.